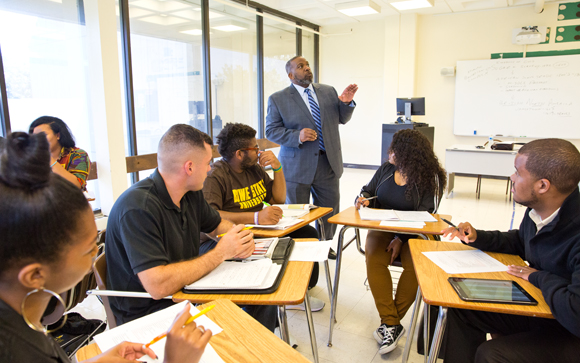 (BOWIE, Md.) – A growing awareness of Bowie State University’s high-quality educational experience has led to a sharp increase in applicants and student enrollment in the last five years, making Maryland’s first historically black university the third fastest-growing college or university in the state, according to the Baltimore Business Journal.

With the increases in enrollment, student retention is a top priority. In 2018, 70-percent of first-time, full-time students returned to BSU after their first year, an increased second-year retention rate over the previous year. Supportive academic programs and small class sizes, along with nurturing faculty and staff, provide Bowie State students with an environment that encourages students to be actively engaged in their learning.