Harriet Tubman: Visions of Freedom and Becoming Frederick Douglass to premiere in October 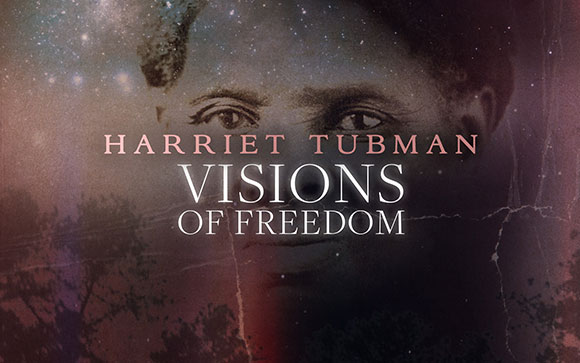 (OWINGS MILLS and BOWIE, Md.) – Maryland Public Television (MPT) and Bowie State University today announced that Bowie State has signed on as a premier sponsor for two important original PBS documentaries – Harriet Tubman: Visions of Freedom and Becoming Frederick Douglass – that shed new light on the lives of a pair of iconic Marylanders who were towering figures in the struggle to end slavery. Created by Oscar®-nominated and award-winning filmmaker Stanley Nelson, the two films are co-productions of Firelight Films and MPT with an appropriation from the State of Maryland.

The one-hour documentaries will premiere on MPT and nationally on PBS stations, PBS.org and the PBS Video App in October 2022. Trailers and additional information about both films are available at tubmandouglassfilms.com.

Bowie State University’s financial commitment to support the production of these documentaries establishes it as the first historically black university to become a premier sponsor of a national PBS film. This support aligns with the history of the institution as the first Historically Black College and University (HBCU) founded in Maryland in 1865.

“Since the first days of our founding in Baltimore with the mission to begin educating the newly emancipated citizens of Maryland, Bowie State University has been a trailblazer,” said Bowie State University President Aminta H. Breaux. “Building on that legacy, we are proud to boldly step up to partner with Maryland Public Television to help bring forward fresh perspectives on the influence of these two powerful champions of freedom that continue to resonate in today’s dialogue on social justice.” 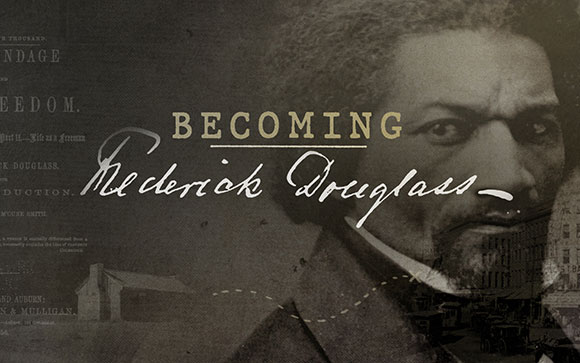 As part of the partnership, screenings of each film will be presented at Bowie State to campus and community audiences to draw insights from Douglass and Tubman and to spark discussions on the current crisis of racial and social injustice. Additionally, MPT is preparing a menu of educational materials based on both films that will be available online to students and educators in grades 4-12.

“It is critically important that we continue to preserve and elevate all aspects of African American history and its rich tapestry woven into every aspect of American history,” said Dr. Breaux. “I commend MPT and public broadcasting stations across the country for their commitment to bring these stories to their diverse audiences.”

“We’re honored to partner with Bowie State University, the oldest HBCU in Maryland, to present important new films about these two American freedom fighters,” said Travis Mitchell, MPT senior vice president and chief content officer. “With its legacy of academic excellence and commitment to social justice, Bowie State’s distinction as the first HBCU to sponsor national documentary films on PBS is a partnership model for how public broadcasting and HBCUs can help the nation view and understand contemporary issues using a historic lens.”

In addition to Bowie State University’s support, the two programs are also made possible by DIRECTV.

Becoming Frederick Douglass is the inspiring story of how a man born into slavery became one of the most prominent statesmen and influential voices for democracy in American history. Born in 1818 on Maryland’s Eastern Shore, he escaped from slavery in 1838 and went on to become the most well-known leader of the abolitionist movement. A gifted writer and powerful, charismatic orator, it is estimated that more Americans heard Douglass speak than any other 19th-century figure — Black or white. The documentary explores how Douglass controlled his own image and narrative, embracing photography as a tool for social justice, and the role he played in securing the right to freedom and equality for African Americans.

Harriet Tubman: Visions of Freedom is a rich and nuanced portrait of the woman known as a conductor of the Underground Railroad, who repeatedly risked her own freedom and life to liberate others from slavery. Born in Dorchester County, Maryland, 200 years ago — 2022 marks her bicentennial —Tubman escaped north to Philadelphia in 1849, covering more than 100 miles alone. Once there, Tubman became involved in the abolitionist movement, and through the Underground Railroad, guided more than 70 enslaved people to freedom. The film goes beyond the legend of Tubman to explore what motivated her — including divine inspiration — to become one of the greatest freedom fighters in our nation’s history.

Oscar®-nominated and Emmy® award-winning actor Alfre Woodard is the narrator of Harriet Tubman: Visions of Freedom and acclaimed actor Wendell Pierce is the voice of Frederick Douglass in both films.

Becoming Frederick Douglass and Harriet Tubman: Visions of Freedom are executive produced by Firelight founder Stanley Nelson (Attica, Freedom Riders, The Black Panthers: Vanguard of the Revolution) and Lynne Robinson. The films are produced and directed by Stanley Nelson and Nicole London. Keith M. Brown and Michael English are the executives in charge of production. Becoming Frederick Douglass was written by Anne Seidlitz. Harriet Tubman: Visions of Freedom was written by Paul Taylor, Nicole London, and Marcia Smith.

About Maryland Public Television
Maryland Public Television (MPT) is a statewide, public-supported TV network and Public Broadcasting Service member offering entertaining, educational, and inspiring content delivered by traditional broadcasting and streaming on TVs, computers, and mobile devices. A state agency, it operates under the auspices of the Maryland Public Broadcasting Commission. MPT creates local, regional, and national content and is a frequent winner of regional Emmy® awards.  MPT’s commitment to educators, parents, caregivers, and learners of all ages is delivered through instructional events and Thinkport.org. MPT’s year-round community engagement activities connect viewers with resources on a wide range of topics.  For more information visit mpt.org.