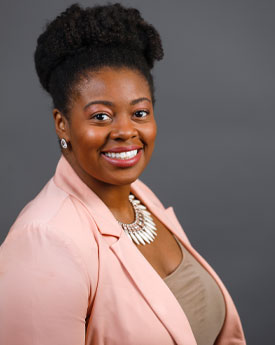 My research goal is to elucidate how the host intracellular signaling molecules within airway epithelial cells contribute to inflammatory responses during challenge with bacteria/bacterial products.

As a formally trained immunologist, my expertise is in characterizing host innate immune responses to intracellular bacterial pathogens, specifically in what occurs when those mechanisms go awry. While traditional immune cells (monocytes/macrophages) are over-studied as a model in deciphering mechanisms controlling cytokine production, there is a gap in knowledge in how signaling pathways function within airway epithelial cells.

In addition to my scientific background, I have experience in the creation and implementation of initiatives which enhance the training of underrepresented students in STEM.  In my former role as IMSD-Director at Duke University, I established programs to promote student development, scientific excellence and diversity in the biomedical sciences at the undergraduate and graduate levels. This effort will continue at Bowie State during my involvement in first-year experiences and support of initiatives which positively aid in underrepresented students’ interest, retention, and success in science.

Frontiers in Cellular and Infection Microbiology. 2012