Return-to-campus protocols for Spring 2022 include booster shots for residential students. 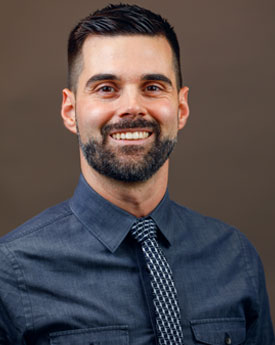 His teaching and research interests include Renaissance literature and culture, Shakespeare, religious discourse, gender, sexuality, popular culture, journalism, new media, and Hispanic literature and culture. Dr. Sierra has published articles and reviews in Comparative Drama, The Sixteenth-Century Journal, Early Modern Women: An Interdisciplinary Journal, MESTER, Women's Studies: An Interdisciplinary Journal, The Journal of Florida Literature, CEA-MAG, and Theatre Journal. His creative writing has been published in The William & Mary Review, Riversedge, Peregrine, Mosaic, and The Journal of Florida Studies. His journalism has been published in The Washington Post, The Baltimore Sun, The Hartford Courant, Hispanic magazine, and The Miami Herald.

His book, Sanctified Subversives: Nuns in Early Modern English and Spanish Literature, was published in 2016. His edited collection, New Readings of the Merchant of Venice, was published in 2013. He has received several research grants including an NEH research grant to work at the Biblioteca Nacional de España in Madrid and an MSI Research Grant to work in the Benson Collection at the University of Texas-Austin.

Dr. Sierra serves as the Coordinator for Recruitment & Retention in the Department of English & Modern Languages and is the adviser for Sigma Tau Delta.

2020 - Univeristy System of Maryland Faculty Award for Excellence in Teaching

2015 - College of Arts and Science's Extra Miler Award for Service